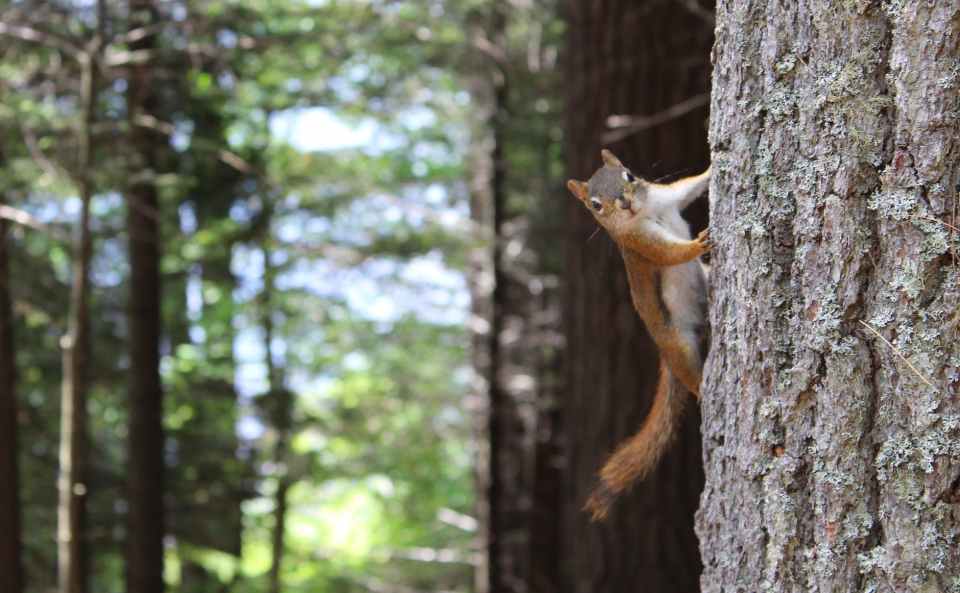 We start, as all does, with nature. But given its status as the source, as the Mother of all mothers, nature’s true nature is hotly debated.

For centuries, the “state of nature” has been a fiercely-contested intellectual battlefield. The state of nature is a sort of thought experiment about how biologically modern humans existed (or would exist) without the coordinating forces that organize and mediate our interactions (governments, markets, etc).

One of the pithiest descriptions of life in a state of nature comes from the 17th century English philosopher Thomas Hobbes, who wrote that life in the “natural condition of mankind” was “solitary, poor, nasty, brutish, and short.” From this foundation, Hobbes argued that individuals rationally surrender their self-sovereignty to a higher sovereign authority in exchange for protection from the dreaded natural condition (an early framing of “mutual coercion, mutually agreed upon”).

Another hugely influential view on what nature has granted us comes from that great Scot, Adam Smith, via his landmark text, An Inquiry into the Nature and Causes of the Wealth of Nations:
“[The division of labour] is the necessary, though very slow and gradual consequence of a certain propensity in human nature which has in view no such extensive utility; the propensity to truck, barter, and exchange one thing for another.”

Here, Smith argues that the division of labor results from aspects of human nature, thereby imbuing this more efficient means of production with prestige and sense that only nature can grant.

Those concerned with the question of how to organize human societies must also be concerned with what is “natural” – or put another way, what comes naturally to the vastness of humanity.

Both these views of nature are honestly pretty grim. Hobbes believed that without central authority, we’d live in constant danger from each other, while Smith asserted that our propensity to truck and barter necessarily leads to the modularization and commodification of labor (so much so that a central authority would be required to temper this impulse!).

Stepping back from human darkness for a moment, we turn to a kingdom where nature’s influence is self-evident: the animal kingdom.

Animals, relatively unbesmirched by human culture, can be instructive in thinking about what comes naturally. But which animals? Our retreat deeper into nature doesn’t mean we’ve left behind controversy about nature; it pursues us through the wooded forest, across the fruited plains, even up into the tropical treetops.

Are we wolves, pack animals led by a strong alpha male? Are we elephants, with long memories and playful tendencies? Are we bees, just working to get a little honey?

The bonobo-chimpanzee debate rages to this day: are we naturally more akin to the the aggressive, territorial chimpanzee or do we more closely take after the friendly bonobo, who freely fellates his companions to smooth social tensions?

From an attention perspective, we are rather like the squirrel.

Terribly, terribly alert. Entire awareness predictably whipsawing, contorting to orient toward peripheral stimuli. Compulsively gathering and burying nuts, most of which they will never find, much less eat.

Lest you get me wrong, I have a deep and enduring respect for squirrels. Not so many generations ago, we were all squirrels, literally. They are hugely adaptable; their relative success and resilience in the wake of humanity’s ascendancy is a testament to their unique abilities. Squirrels are survivors.

And I’m all for continuing to exist in the face of challenges. But from an attentional standpoint, shouldn’t we strive to do more than survive?

Hermann von Helmholtz, a German physicist and physician for whom Germany’s largest scientific organization is named, observed: “The natural tendency of attention when left to itself is to wander to ever new things; and so soon as the interest of its object is over, so soon as nothing new is to be noticed there, it passes, in spite of our will, to something else.”

I attended a college psychology course in which the professor proclaimed that every action can be understood in terms of food or sex. Be that as it may, if you’re asked where you see yourself in five years, “eating more / better food and spreading my seed far and wide” just isn’t a great answer anymore. Narrowly paying attention only where nature makes it easy means getting only one marshmallow.

Nature isn’t on our side, but there’s hope! We still have nurture. And hope immediately dashed: we live in a historically bad nurture environment for attention. Hugely sophisticated global organizations are trying to take it and they aren’t giving a ton back. Going with the attentional flow means enduring the fragmentation of your attention at every waking moment, and I guarantee someone is, at this very second, trying to figure out how to advertise to you while you’re dreaming. If the goal is high-quality attention readily at our disposal, then passive nurture (simply absorbing the dominant cultural conditioning around attention and its value) is not going to work.

That leaves us with active nurture, an intentional and ongoing effort to cultivate that which does not come naturally. Said another way, we’re left with practice.

How Do You Get to Carnegie Hall?

It’s quite possible that there is no such thing as sustained attention, just a continued return, a continual choosing again and again of the work at hand.

Here’s the rest of that Hermann von Helmholtz quote about the fleeting nature of attention: “If we wish to keep [attention] upon one and the same object, we must seek constantly to find out something new about the latter, especially if other powerful impression are attracting us away.”

As has been pointed out ad nauseam (by me), the “impressions” at our literal fingertips have never been more powerful because our attention has never been so monetizable.

Practice is unnatural. Practice is the means by which the consciously effortful becomes subconscious and effortless. Practice is self-nurture, a continual returning until the nurtured activity becomes “second nature” – wow, what a great idiom. Perhaps what does come naturally is just this meta-ability to make the effortful less expensive over time, until eventually we feel as though we were born to ride a bicycle, make it rain from deep, or write bloviating blog posts.

Accepting a default state of distracted hyper-vigilance as our evolutionary gift and burden, as our nature, is a key step in developing a practice of attention.

When my siblings and I were children, our father told us a joke that his own father had once told him:
A young man who’s just arrived in New York City has gotten lost. He hails an older man walking towards him on the sidewalk and says, “Excuse me, sir, can you tell me how to get to Carnegie Hall?” The older gentleman pauses for a moment, as if calculating the correct turn-by-turn directions, and says, “Practice, practice, practice!”

The natural equilibrium is attentional entropy. Learn the cracks and crevices and vulnerabilities of your attention. Practice resisting entropy and find your better, second nature.